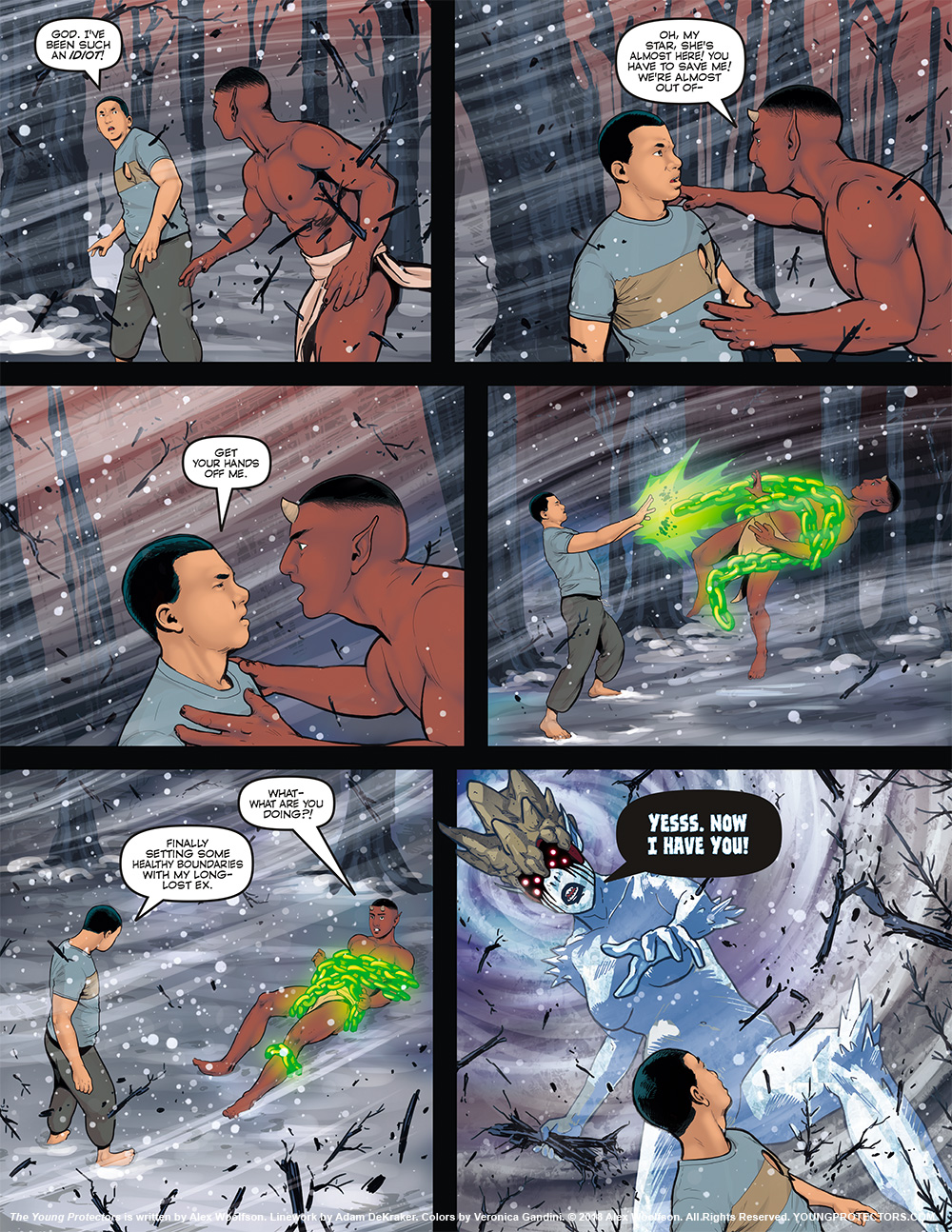 GOD. I’VE BEEN SUCH AN IDIOT!

OH, MY STAR, SHE’S ALMOST HERE! YOU HAVE TO SAVE ME! WE’RE ALMOST OUT OF-

GET YOUR HANDS OFF ME.

WHAT- WHAT ARE YOU DOING?!

FINALLY SETTING SOME HEALTHY BOUNDARIES WITH MY LONG, LOST EX.

YESSS. NOW I HAVE YOU!

U.S. Citizens: Less than 96 hours left to vote! If you haven’t already, register to vote here. Find your polling place here. Find out about free Lyft/Uber rides to the polls here. In most states, you can vote early (that’s what I did!). And early or not, make plans right now with your friends, family, and co-workers to go vote!

For the last midterms (in 2014), only 36.4% of eligible voters actually showed up to vote (!) — and the majority of them were older, wealthier folks.

If you feel like politicians aren’t representing your interests and values, now is your opportunity to send a message. Whether your candidate wins or loses, even just showing up to vote sends a message. Politicians pay attention to which groups actually voted on election day— and you can be sure that those are the folks they then want to please. Show them that you aren’t just going to stand by while they ignore your needs. Show them that your voice matters.

And, candidates aside, here’s something fun I discovered: when you go vote, you also get to have a direct say on a bunch of cool issues that affect you and your neighbors. For example, on my California ballot, I got to vote on whether to keep Daylight Savings Time for the State, whether to expand or limit rent controlled apartments, whether my city should tax wealthy corporations to help the homeless, and much more. Even if you don’t believe any politician is worth you showing up, I guarantee that there will be issues on the ballot that you will care about. And, again, because so few people vote, your vote counts even more during midterm years.

Be a superhero. Please go vote on (or before!) Tuesday, November 6.

And, speaking of superheroes, y’all were awesome this week adding to the Patreon. Because the Patreon amount always falls at the beginning of each month (due to the time it takes for Patreon to process credit cards), the number has dropped to $5,994/month. But even at its lowest point, that’s still $100/month more in support than we had a couple weeks ago. And $100 closer to unlocking the special, fully nude Anaado/Kyle pin-up!

So, please let me extend a warm welcome to our brand-new Patrons this week:

And I’d also like to thank those who were already Patrons, but who upped their pledge this week:

Already, the renewed support you have given me in the last couple weeks is making a difference in my ability to continue making this comic. We have a little ways to go before I’m breaking even again, but this is the first month, in several months, where the Patreon is up, instead of down. And that’s huge. Thank you all so, so much for making that happen!

So! Ikaroth attacks! And Spooky just threw a bunch of magical chains around Anaado! What is Spooky doing? Did he just sacrifice them both to the Queen of Ice and Despair? What’s going to happen to them now?!