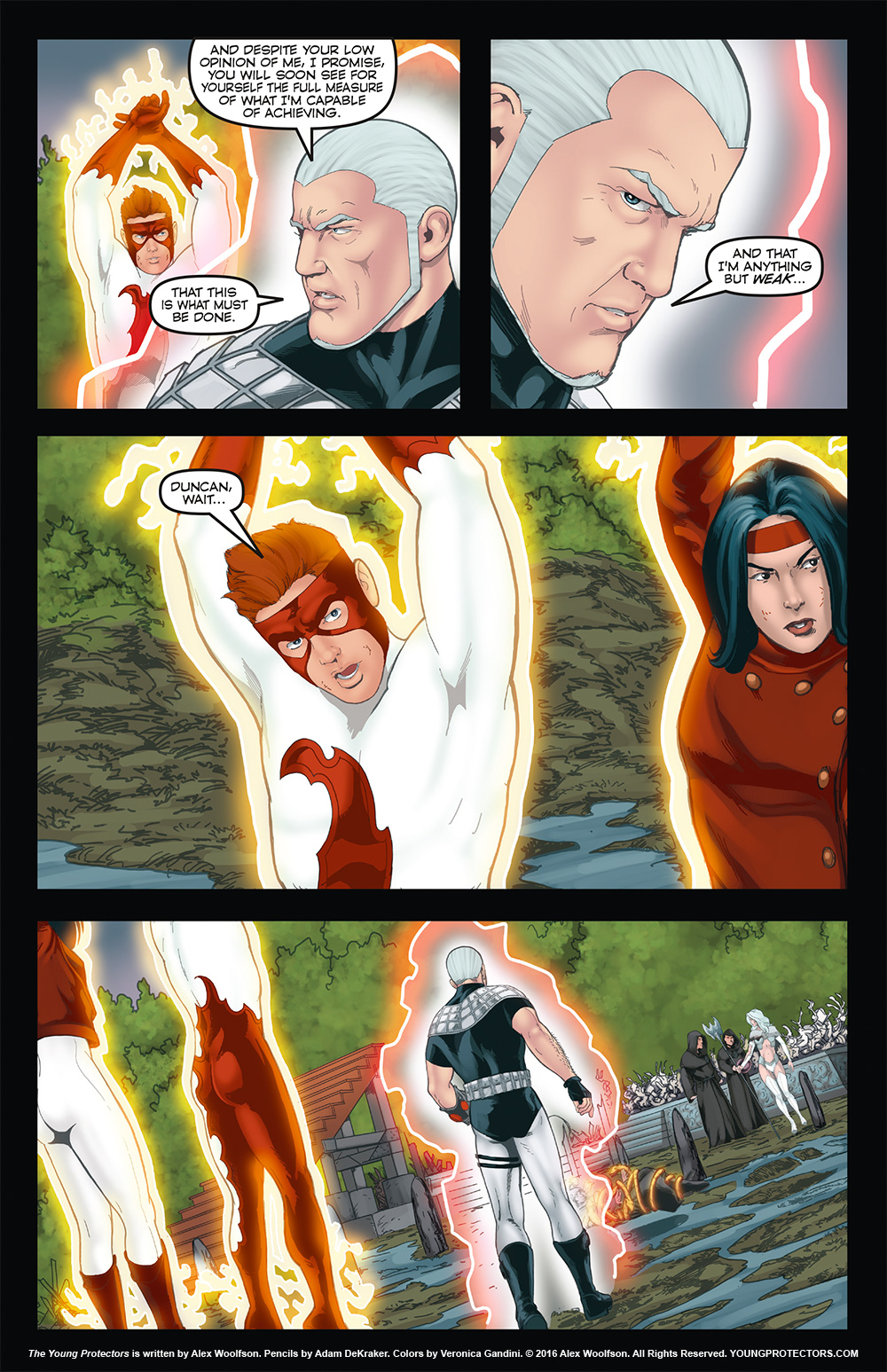 AND DESPITE YOUR LOW OPINION OF ME, I PROMISE, YOU WILL SOON SEE FOR YOURSELF THE FULL MEASURE OF WHAT I’M CAPABLE OF ACHIEVING.

THAT THIS IS WHAT MUST BE DONE.

AND THAT I’M ANYTHING BUT WEAK…

I’m at WonderCon in Los Angeles this weekend. I’ll be selling and signing my books, and will even have Trading Cards (including sexy 18+ Trading Cards) with The Young Protectors characters for sale. If you’re in the neighborhood, please stop by! 🙂

Earlier, I let March’s Patreon backers know that they were getting something a little different at the end of the month — a sexy, nude romantic pin-up of Commander, the Young Protectors’ team leader. But that’s not all they’re getting!

Last week I sent them a pin-up showing Spooky’s very first kiss! Here’s a sneak preview of that:

So! The Annihilator tells Kyle to talk to the hand… or the back… or something. Anyway, he’s not talking anymore. And the clock’s still ticking. What will our heroes do now? Is there anything they can do?

Tune in this Saturday to find out! Hope to see you there! 🙂