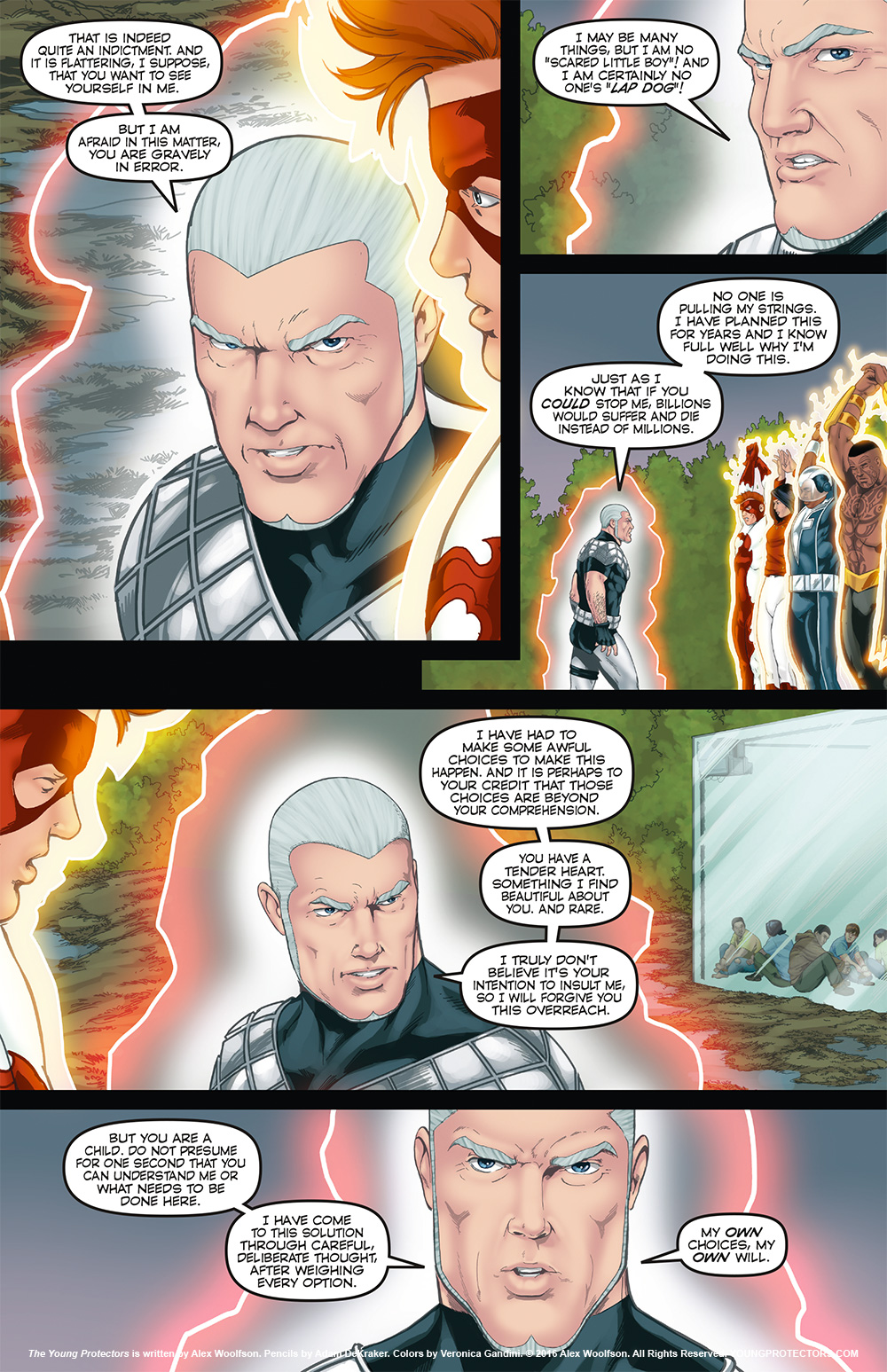 THAT IS INDEED QUITE AN INDICTMENT. AND IT IS FLATTERING, I SUPPOSE, THAT YOU WANT TO SEE YOURSELF IN ME.

BUT I AM AFRAID IN THIS MATTER, YOU ARE GRAVELY IN ERROR.

I MAY BE MANY THINGS, BUT I AM NO “SCARED LITTLE BOY”! AND I AM CERTAINLY NO ONE’S “LAP DOG“!

NO ONE IS PULLING MY STRINGS. I HAVE PLANNED THIS FOR YEARS AND I KNOW FULL WELL WHY I’M DOING THIS.

JUST AS I KNOW THAT IF YOU COULD STOP ME, BILLIONS WOULD SUFFER AND DIE INSTEAD OF MILLIONS.

I HAVE HAD TO MAKE SOME AWFUL CHOICES TO MAKE THIS HAPPEN. AND IT IS PERHAPS TO YOUR CREDIT THAT THOSE CHOICES ARE BEYOND YOUR COMPREHENSION.

YOU HAVE A TENDER HEART. SOMETHING I FIND BEAUTIFUL ABOUT YOU. AND RARE.

I TRULY DON’T BELIEVE IT’S YOUR INTENTION TO INSULT ME, SO I WILL FORGIVE YOU THIS OVERREACH.

BUT YOU ARE A CHILD. DO NOT PRESUME FOR ONE SECOND THAT YOU CAN UNDERSTAND ME OR WHAT NEEDS TO BE DONE HERE.

I HAVE COME TO THIS SOLUTION THROUGH CAREFUL, DELIBERATE THOUGHT, AFTER WEIGHING EVERY OPTION.

MY OWN CHOICES, MY OWN WILL.

Last week, I let March’s Patreon backers know that they were getting something a little different at the end of the month — a sexy, nude romantic pin-up of Commander, the Young Protectors’ team leader. But that’s not all they’re getting!

This week I sent them a pin-up showing Spooky’s very first kiss! Here’s a sneak preview of that:

So! The Annihilator is no one’s lap dog! Good to know! What kind of dog is he then?