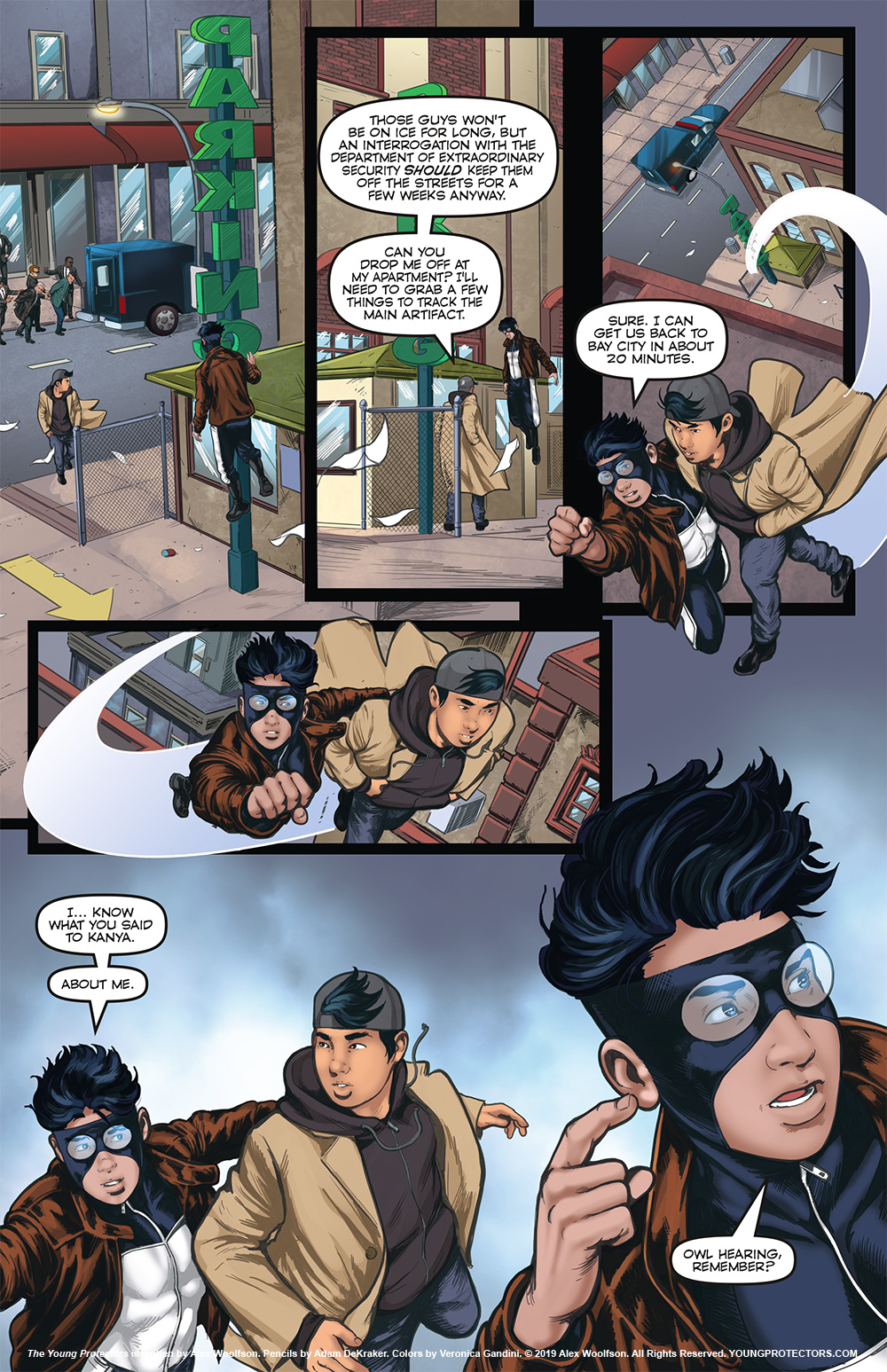 THOSE GUYS WON’T BE ON ICE FOR LONG, BUT AN INTERROGATION WITH THE DEPARTMENT OF EXTRAORDINARY SECURITY SHOULD KEEP THEM OFF THE STREETS FOR A FEW WEEKS ANYWAY.

CAN YOU DROP ME OFF AT MY APARTMENT? I’LL NEED TO GRAB A FEW THINGS TO TRACK THE MAIN ARTIFACT.

SURE. I CAN GET US BACK TO BAY CITY IN ABOUT 20 MINUTES.

I… KNOW WHAT YOU SAID TO KANYA.

Less than 24 hours until I have my first ever livestream! It’s scheduled for March 9 at 11:00 A.M. PST and it’s a chance for my Patrons to ask me questions and for me to answer in real-time on live video.  Here are the questions so far (in the order they’ve been voted on):

Would you like to hear my answers to any of those questions? You can sign up and save your spot here. (And if you can’t make it, still sign up! Patrons who sign up will get sent a link to a replay of  the video.)

And speaking of our awesome Patrons, I want to to send out a very special thank you and welcome to our new Patrons this week!

And I’d also like to thank the totally awesome readers who were already Patrons, but who upped their pledges this week:

Thank you all so much for your amazing support of this comic! You all rock! (And I hope to see y’all tomorrow at the livestream!)

So! Mitch isn’t wasting any time beating around the bush. (That’s what happens when you’re one of my characters. I don’t have much patience for the narrative stalling of characters keeping an upsetting truth to themselves. Unless they’re a villain, of course. 🙂 )

There was some really fun discussion in the comments under the last page about how Flyboy should react to what Spooky did. How do you think Mitch feels about what Spooky said to Kanya? How should he feel? How will Spooky react to being confronted? And do all of Flyboy’s powers have a bird-name reference?