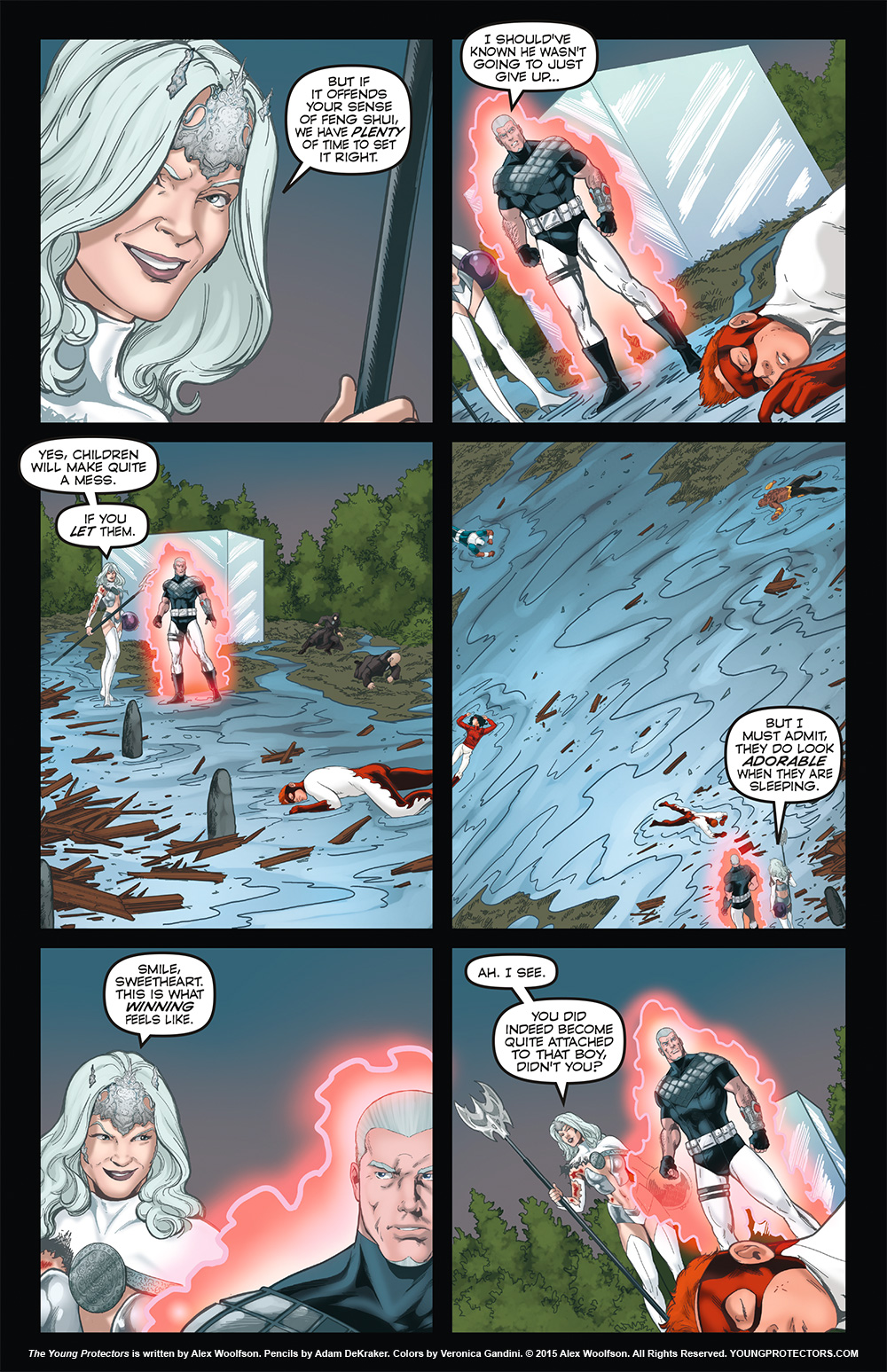 BUT IF IT OFFENDS YOUR SENSE OF FENG SHUI, WE HAVE PLENTY OF TIME TO SET IT RIGHT.

YES, CHILDREN WILL MAKE QUITE A MESS.

IF YOU LET THEM.

BUT I MUST ADMIT, THEY DO LOOK ADORABLE WHEN THEY ARE SLEEPING.

YOU DID INDEED BECOME QUITE ATTACHED TO THAT BOY, DIDN’T YOU?

Yeah, you should’ve know that. And a whole lotta other things, Duncan…

I have a new Milestone Goal over at the Patreon Page! The first two Spooky Jones short stories were so popular, I’ve decided to create another one! The new short story shows him solving one of his first cases when he was just 15. It’s a big chunk of story, even more than last time, and it’s packed with action and danger for our young Occult Private Detective. Curious what Spooky is like on his “other job”? Wonder what he was like just months after he returned from Hell? If we hit $7,250/month in support (just $52/month away!), you’ll get to find out!

Edit: We’ve hit the Milestone Goal and the story has been posted! Here are the first two paragraphs:

It took five days to find the lonely, white farmhouse, and that was at least four days too long. Locating things with magic was always difficult, and Spooky Jones had become only marginally better despite months of practice. The photo in his hand provided a fragile, untrustworthy thread of connection to where they’d been keeping her. It showed a straw-thin, 8-year-old girl with purple-ribboned pigtails and a wide grin. She proudly revealed a missing front tooth, her eyes bright with mischief.

He had promised Isabelle Jackson’s mother that he would find her little girl. With every hour that passed, it became more likely he’d find her dead. Spooky needed to try harder, push himself harder. Twenty children had gone missing in the last six months, snatched “out of thin air.” It stank of magic and more would certainly follow. They needed a champion they could count on. Spooky hadn’t slept in two days.

Also, for $5+ backers, I just posted up the full-color Romance Card art for Spooky Jones where he’s just in his underwear. And next week, those backers will get to see Spooky without the underwear, full monty!

If you become a Patron now and choose to receive the Special Digital Rewards, you will be able to download wallpaper versions of the Full Monty Annihilator Pin-Ups as well the Sexy Height Chart which shows the male members of the team. You’ll also be able enjoy all the other rewards so far posted, including the “How Spooky Got His Cap” and “What Is It Like To Kiss Spooky?” short stories that folks have liked so much. This is in addition to special back-stage access to script pages, thumbnail pages and penciled pages for all new updates. And, of course, Patrons who chose to get the Special Digital Rewards (which is the vast majority) continue to receive Digital Kickstarter Rewards every Wednesday and get to see special Sneak Previews on Sunday.

Over 960 of you have already become Patrons in the last eleven weeks. There are lots of great benefits to being a Patron, and you’d really be helping me out if you became one too. If you’re enjoying our work here and would like to see it continue (and would like to get access to all kinds of special benefits!),

I want to send out my warmest thank yous out to all the new Patrons who have joined in the last few days. As you can see in the comments below, a bunch more folks have had a blue, silver, or gold YP badge added to their Disqus avatars, which means they are a Patron. If you see one of these folks, please join me in extending my thanks for directly supporting the making of this comic! And please also send out a special thanks to those exceptionally generous backers who are on the Leaderboard of Awesome page. You all ROCK!

So! This is what winning feels like, huh? Duncan sure doesn’t look like he’s enjoying it much. What will it take to put a smile on this man’s face?

Tune in this Wednesday to find out! Hope to see you there! 🙂